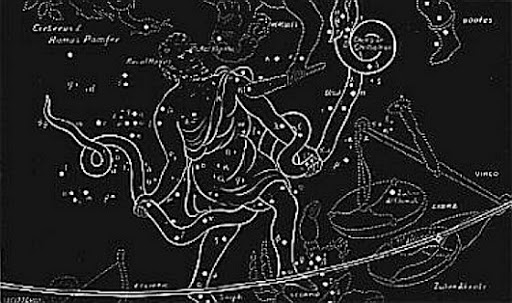 Many things in life change with time – seasons pass, people come and go, we’re getting older and wrinkles start to show on our face. But one thing is certain and unchangeable – our zodiac sign. At least, that’s what we all thought.

It’s been years since we were shocked by the news that there’s the 13th zodiac sign and that the whole zodiac cycle has to be changed. So, what now, I’m not a Scorpio anymore? What does that mean, I’m not a Cancer? If I’m not a Capricorn, who am I? – we all asked ourselves.

But, somehow, our questions were left to hover around. The debate about the 13th zodiac sign goes on and on. Astrologists, astronomers, scientists included, and still – no definite answers. But did you know that Babylonians, who lived thousands of years ago, were actually the ones to blame for this confusion?

Read the article below and finely get some answers!

In 2016, NASA announced that the 13th zodiac sign was found. It means that there are no more 12 zodiac signs in the zodiac cycle we all know, but we have to include one more – and it’s named Ophiuchus. It would include the period from the 30th of November to the 17th of December. According to that, all the other zodiac signs would have to be moved backward for approx one month. For example, if you were born on the 4th of November, you would no longer be a Scorpio, but Libra instead.

How Did They Discover That?

In fact, they didn’t discover anything new – the so-called 13th zodiac sign already existed millenniums ago. Sounds even more shocking? Well, listen to the story.

Babylonians observed carefully the skies above approximately 3.000 years from now. They focused on the Sun’s path around the Earth and the constellations it’s going through on its way. There were 13 of them. However, the calendar already had 12 months altogether, so to reach perfection by getting the equal number of the months of the year and the constellations the Sun goes through, they just ignored the 13th constellation.

To cover the lack of it in the Sun’s path, they divided the circle into 12 equal parts. Then, they named each part by some element from nature. And that’s how zodiac signs were born!

So, if that’s how it is, why don’t we just include the 13th one and end all this misery? It’s not even close that simple!

The problem is that astrology and astronomy are not the same thing, as well as constellations and zodiac sections.

Constellation is a term that belongs to astronomy. It is the part of the sky where the stars are very close to each other and together they create some recognizable figure. Thanks to the constellations, it’s much easier for scientists to orient within the enormous space of the universe.

According to astrologists, however, the zodiac represents the imaginary orbit where the Earth circles around the Sun, and it is divided into 12 different imaginary sections. One section counts 30 degrees, and all 12 sections count 360 degrees in total, making the complete circle. Each one of them is linked to the appropriate month of the year when some changes in nature happen, and it represents one zodiac sign.

As you can see, the constellations have not much to do with zodiac sections. They are groups of stars, astral bodies, while zodiac sections are just imaginary areas. Yes, ancient Babylonians tried to create the zodiac cycle following the constellations in the sky, but the cycle we know it today relies on the Earth’s motion around the Sun and the changes in nature caused by that motion.

Therefore, “discovering” the 13th constellation doesn’t mean adding the 13th sign to the zodiac cycle we know today. In addition, even NASA agrees on that. It just will continue existing in the skies above.

Another state also made confusion among people – some scientists say that the Earth’s axis has moved pretty much in the meanwhile, which means that zodiac sections also have to be changed.

However, the Western astrological system claims that such changes have nothing to do with zodiac signs as they are negligible when it comes to astrology. Therefore, the western or tropical zodiac system is fixed – there are 12 zodiac signs no matter what. Even in the Vedic or sidereal astrology, the 13th zodiac sign is not accepted yet, and probably it will never be.

Okay, it’s ascertain – the zodiac cycle will stay the same. But you’ve read all of this, and now you’re curious to know what would it look like if it was established that there is the 13th sign? Just take a look and you’ll find out.

We hope everything is clear now. Yes, there is the 13th constellation. However, it’s nothing new, having in mind that it has existed for millenniums. Furthermore, it has nothing to do with our zodiac cycle.

Astronomy and astrology are completely different things. It’s true, they both focus on astral bodies, following the movings of planets, but the thing is astronomy doesn’t care about the zodiac at all. So, let them zodiac signs be.

In conclusion – there’s nothing to worry about. You’re still the same Scorpio, or Capricorn, or Cancer (etc.) you’ve always been.